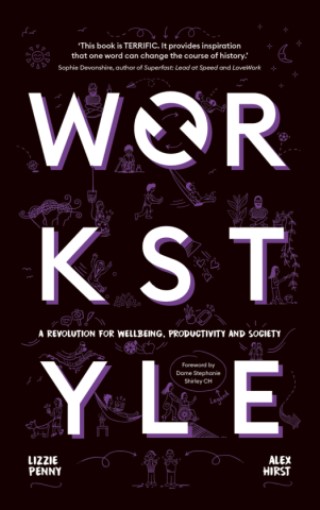 A revolution for wellbeing, productivity and society

Workstyle is the freedom to choose when and where you work. It is only now, after centuries of formal and inflexible working hours, that such an opportunity is on the horizon. It is an opportunity that will have far reaching and profoundly positive implications, levelling the playing field and helping to create true inclusivity and accessibility in our society.

This inspiring book will explain the history of work, where the 9-5 came from, and why the time is right for change. You'll learn how workstyle differs from flexible, hybrid, or remote working, and why it matters. Most importantly, you'll explore and design your own workstyle, by reflecting on the things that matter to you, acting to change your life and inspiring others to do the same, all underpinned by research that proves that this is a better way to work for us all.

This book is for everyone who has had to take a day off work to receive a delivery or go to a doctor's appointment. It is for anyone who has caring responsibilities, for parents, for those with illnesses, with mental health issues, who feel burnt out, or who are living with disabilities. It is for those who are older, who identify as neurodiverse or who consider themselves different in any way. It is for people who feel disenchanted with work and want to live a meaningful, fulfilled life. It is for anyone who questions why they need to commute to an office to be productive. It is for every person who has a life outside of work.